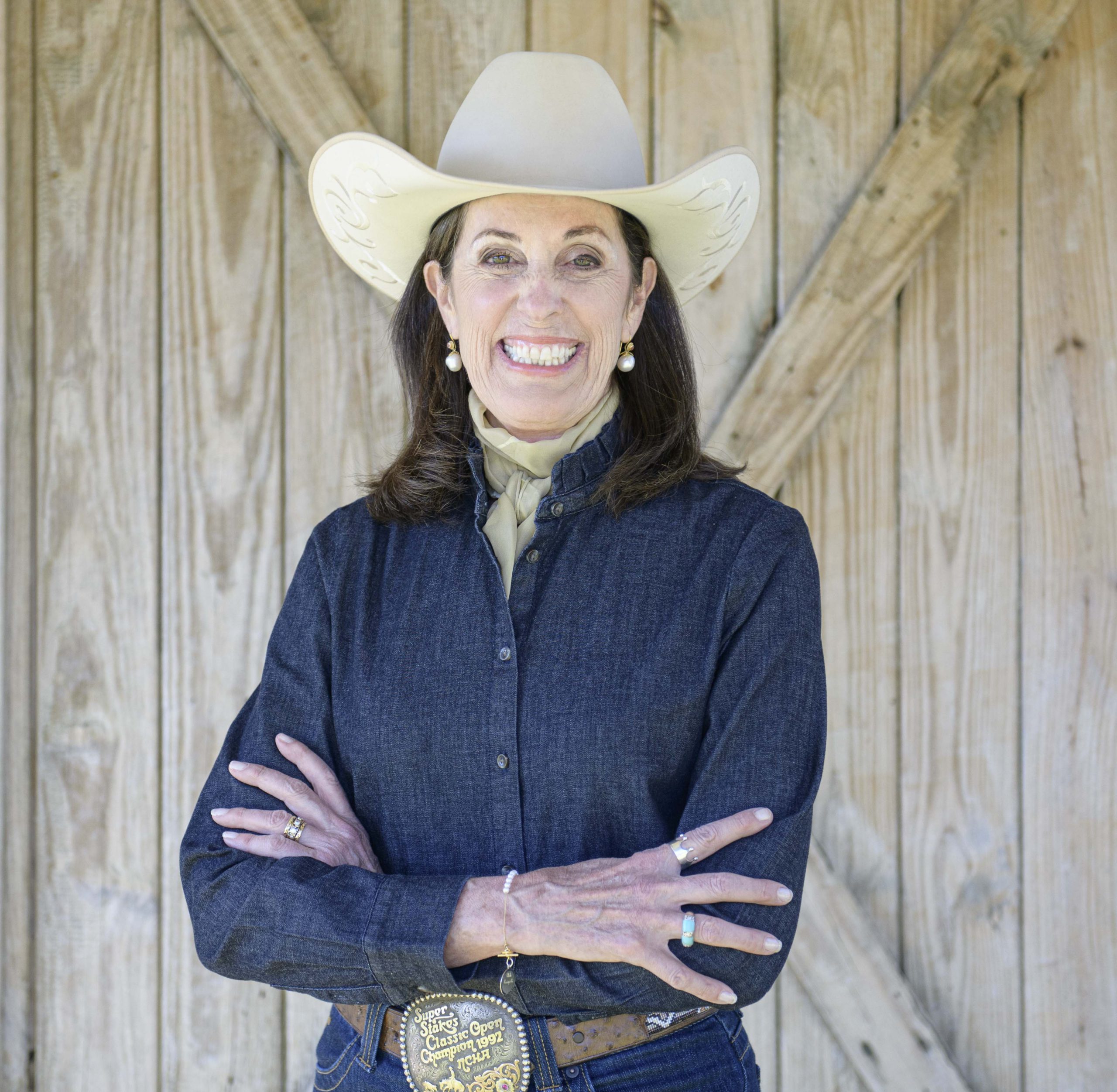 Barbra has been involved with horses for her entire life. Beginning in early childhood and continuing through college, she helped market and show many of her family’s 500 head of horses. She competed in western pleasure, reining, horsemanship, and cutting.

After high school, Barbra went on to gain a Master’s Degree in Speech Pathology and Audiology. In a few short years, she became an Administrator at Arizona State School for the Deaf and taught at the University of Arizona in Tucson, Arizona.

In 1983, Barbra’s love of horses led her back to the competitive arena where she embarked on a career as a Professional Horse Trainer. In 1986, after reading Mental Toughness for Sports, by Dr. James Loehr of LGE Sports Science, Inc., she began to incorporate his training techniques into her own regimen.

After combining the performance-enhancing strategies of the Mentally Tough program with her own wealth of experience as a trainer, Barbra began to see remarkable results. She captured the 1988 NCHA Derby, the 1992 NCHA Super Stakes Classic, and the 1992 Augusta Futurity – the first woman to wear the crowns for all three championships. Horses and riders trained by Barbra have earned numerous national, regional, and championship titles throughout her career.

In 1994, recognizing the powerful benefits of the Mentally Tough program, Schulte had a desire to share her knowledge about peak performance with other equestrians. She became certified as a Personal Performance Coach by LGE and introduced the Mentally Tough program to riders of all disciplines. She conducted clinics and seminars throughout the United States, Canada, Australia, and Europe.

In 1998, Barbra published her first book, Cutting, One Run at a Time, providing key fundamental information for amateur and non-professional cutters learning to ride and show cutting horses.

In June of 1999, Barbra and her husband, Tom’s son, Zane, was diagnosed with bone cancer. In June of 2000, Zane passed on, leaving a legacy of inspiration evident in Barbra’s writings and life. In memory of their son’s character, Barbra and her husband created the Zane Schulte Award presented annually to a professional trainer in the cutting industry who exemplifies outstanding character in and out of the show arena.

In 2000, Barbra was awarded the prestigious National Female Equestrian of the Year Award, given by the American Quarter Horse Association in conjunction with the Women’s Sports Foundation. This honor recognized outstanding performance and leadership in a female equestrian. Candidates for the award spanned across all disciplines recognized by the American Quarter Horse Association.

In December of 2007, Barbra published her second book, THE GIFT, which contains 72 personal performance articles she wrote over a six-year period as a monthly columnist for the American Quarter Horse Association’s publication, The Journal.

In 2012, Barbra was inducted into the National Cowgirl Hall of Fame.

In 2013, Barbra published her third book, The Little Book of Cutting Tips.

In 2015, came her fourth book, Healing Thoughts on Loss, Grief, and Horses, intended to be a soothing balm for fellow horse lovers as they walk through the pain of grief.

In 2018 Barbra was inducted into the National Cutting Horse Association Members’ Hall of Fame.

In 2020, she received the American Horse Publications’ Equine Industry Vision Award for her positive impact on the entire equine industry.

In 2021 Barbra was the recipient of the Western Horseman’s Women of the West Award.

Above all, Barbra is passionate about helping riders unlock their confidence and potential both in the saddle and in life through the gift of the horse. She publishes online programs and produces live events, including retreats and clinics. She is a personal coach and public speaker.

Barbra and her husband, Tom, reside in Brenham, Texas.

Friday: The keys to a beautiful cutting run

Sunday Only – Join the Flag class with Barbra